Maybe you’ve had an espresso before, or an americano. You might not have had a lungo before though—actually, you might never even have heard the word! Lungo as a form of espresso has been getting ever more popular lately though, and if you’re looking to try one, you’re probably curious about what it is.

Well, leave the lungo lingo to us and we’ll let you know everything you need to know about what it is and even how to make it.

The word lungo is an Italian word, and it means long. This is indeed a “long” drink, so to speak, meaning that it takes a longer pull when making it, and therefore includes more water. So, your normal shot of espresso will be pulled with about 30mL of water, and this should take anywhere between 18 to 30 seconds.

You can compare this to the lungo, which has twice the amount of water and therefore takes a longer pull—hence, lungo.

And more water makes the lungo literally longer too, or maybe taller is a more accurate way to say it. Think about the usual size of a double espresso cocktail and you’ll have the size of the lungo.

In essence, a lungo is a cup of black coffee. It’s more bitter in flavor and is made with more water to help extract the bitterness when the water is being pulled. This makes it a little more intense than your usual cup of espresso. 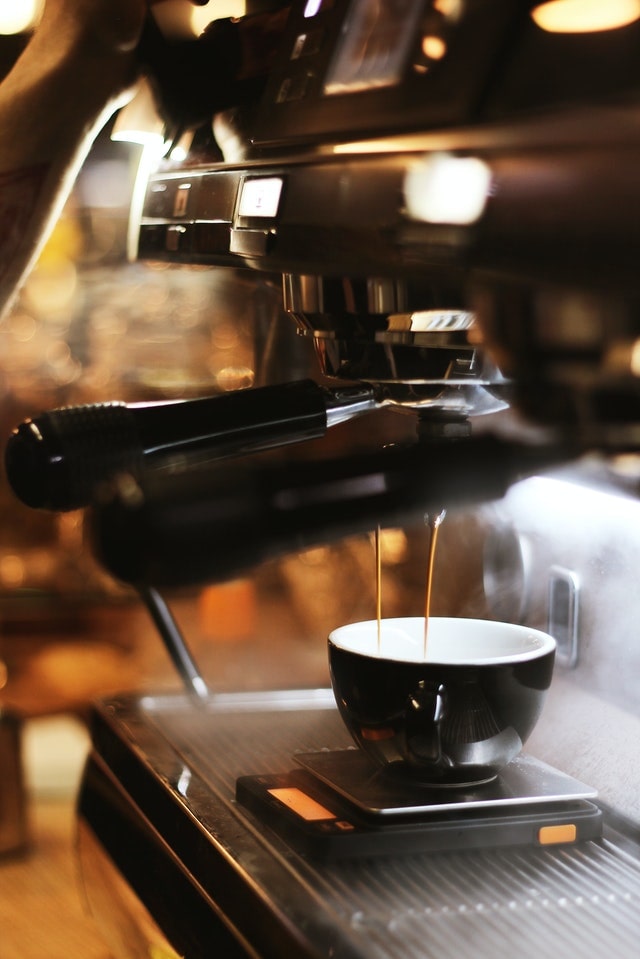 How Does It Taste?

You have more water in the lungo, so you might already have an idea about what it will taste like. Obviously, with more water and the same grounds as an espresso, the lungo won’t be as strong. It will be bitter though, which might be perfect for your preferences. That bitterness comes from the fact that it takes more time for the pull, allowing the bitter elements of the coffee to be introduced.

Not everyone enjoys the bitter flavor though, and if you’re not a huge fan of bitter coffee, know that there are some smokier notes to it too. Your usual lungo is more or less like ordering a black coffee, but if you’re making it on your own, make sure that you don’t use espresso capsules and press the lungo button on your machine. This will change the flavor.

How Is Lungo Made? How Much Water to Add?

If you’re making a lungo at home, you automatically have an easier time if you’re using an espresso machine. This is because many of these machines have a preset for making lungo. Those of you with a Nespresso can even find actual lungo pods that you can stick in the machine to make one. This will remove much of the work for you, although you might have a different type of machine. 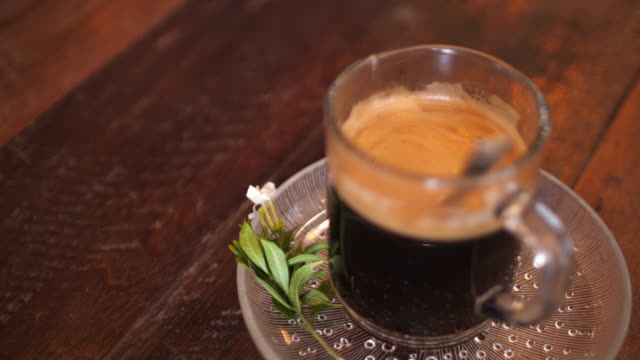 To make lungo on your own with a more involved espresso-making machine, the whole point of making a lungo is to pull for longer and increase the amount of water. That’s a big difference here—having a whole 60mL of water instead of your usual 30mL.

Everything else with the lungo is fairly similar to the espresso shot. You’ll use the same temperature and the same amount of ground. The only real change you’re going to make is the amount of water and the pull time, both of which are what make your lungo a lungo.

Think about it like this: if your espresso shot has one shot of espresso to two shots of water, your lungo will have four times the amount of water.

What you want to do is press the espresso button, which will give you around 40mL of water depending on your machine. At this point, you’ll eject the capsule and add more water independently for a long black coffee rather than going through the grounds. You can add more or less water depending on how strong you want your lungo to be, but you can have anywhere from 60 to 110mL to get that flavor.

This might end up being a little too strong for you though, but you still want a lungo. In this case, you can always eject the capsule and add more water yourself. This will help you avoid some of the more overt bitter notes.

In actuality, the lungo and americano are quite different and are made differently too. When you make a lungo, all of the water goes through the coffee grounds. This is what makes this drink stronger than some other options: because of that extra water in the grounds.

By contrast, the americano is prepared by making an espresso and then adding hot water without going through the grounds. After the brewing process is completed then, which makes the strength of the drink weaker than the lungo. You therefore won’t find the smokier notes in the americano, nor will you have the same strength to it.

The same is true of any espresso variant coffee. This includes the ristretto, which has the shot of espresso, but which actually has less water in contrast to the pure espresso. 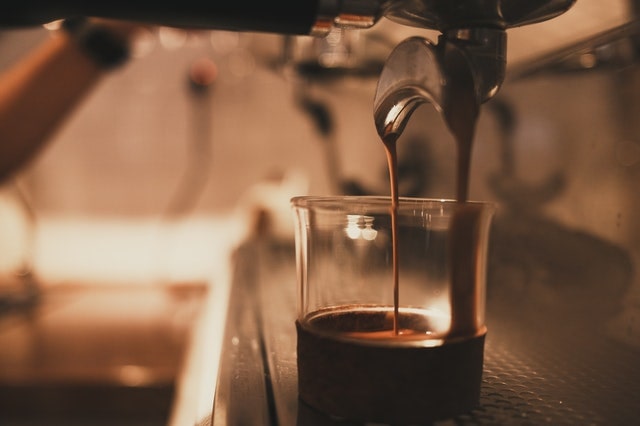 Lungo is a stronger espresso with more water, so does it have more caffeine? No, it doesn’t. Whether you’re drinking a traditional espresso, an americano, or a lungo, you won’t change the amount of caffeine you’re consuming.

This is because a lungo is an espresso-based drink, and as you know, it doesn’t change the coffee grounds but the actual amount of water that you’re adding. You’ll have a larger cup of coffee that you’re able to drink when you have a lungo, but you’re only adding more water to change the flavor of the coffee beans. You won’t be changing the amount of caffeine you’re drinking.

Can You Add Milk?

You want to have a lungo, but maybe you’re not a huge fan of very bitter black coffee. You don’t need to be a coffee purist drinking just a black lungo, even though it’s true that a lungo is meant to be drunk without milk.

That doesn’t mean that you can’t add any milk though. You will have to prepare your milk before you add it. Heat your milk first because if you pour cold milk into your hot lungo, you really will ruin the flavor of your coffee. If you have a milk frother, this would be a good chance to use it since it will not only froth your milk but will also heat it up to the perfect temperature.

If you’d like to add milk though, you may find that an americano is a better option for you. Americanos tend to be more flexible in terms of flavor.

If you want to try a lungo, go for it. It does tend to be a bitter kind of coffee, with smokier flavors mixed in, but it’s a comforting coffee that gives you a long drink when you need to wake up in the morning.

Now, this might not be the coffee for you if you like sweeter coffees though. The lungo is not a sweet coffee, and tends to be drank black to get the full flavor of the coffee beans. If you’d prefer something sweeter, you might prefer another type of coffee.

You don’t need to just have a pure lungo though. If you just want to try a taste of this coffee without going all in, you can add milk to it, or even use a lungo pods to make another type of coffee. Try using a lungo pod to make a cappuccino or a latte macchiato, which will be sweeter, but will still have some of that lungo flavoring.

If you’re making your lungo at home too, there are a few things that can help with the flavor. This includes using filtered water instead of tap water, since so much of the lungo is water. Having the best kind of water will really impact the taste of the coffee more than you’d think. So will the coffee beans. Picking out the right type of beans will do a lot for the flavor.

Of course, you don’t necessarily need to go through so much work either. If you have a machine that uses pods, just stick one in your machine and make sure that you use the right amount of water, or for your first taste, go to a coffee shop and order one. Either way, you’ll be getting a pretty good cup of coffee.

Sharing all my interesting smart home finds in this small corner of the internet. If you want easy to read, honest opinions or reviews from your friendly neighbor, I'm the guy for you! Thanks for dropping by Brentmore Labs. - James